Continuing my look back at my son’s previous birthdays in celebration of him turning 6 this week, here are my memories of his 4th birthday.  As he has gotten older, I have found that I had a tendency to take more photos, so the remaining posts will cover just one year at a time.

Andy’s 3rd birthday was the first that he still remembered pretty well a year later.  Because of that, he decided that he wanted to do pretty much the same thing as the year before, returning once again to Farrell’s.  This time, we decided to forgo the formal birthday package and instead just let everyone order whatever they wanted off of the menu. 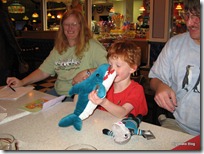 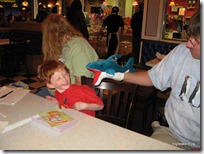 As with the previous year’s visit, we included some play time in the game area at Mountasia.  Once again, Andy used the majority of the game/ride credits that we got for him to ride on the little merry-go-round.  During this visit, he did also give skee-ball a try for the first time, although I really was doing most of the work. 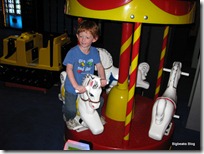 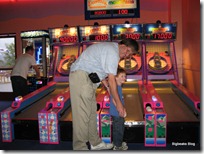 A couple months before his 4th birthday, Andy started his first year of pre-school.  For birthday kids, the teacher had a short celebration where the child was given a birthday crown and allowed to put candles onto a felt birthday cake. 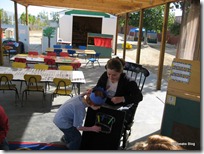 Finally, we did also do the now-traditional cake and gift-opening at home on his actual birthday.  Once again, the cake was an ice cream cake. 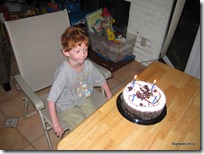 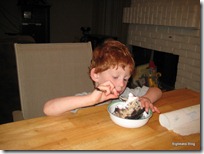 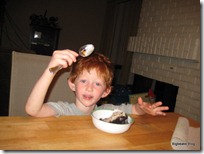 He had received most of his major gifts during the party at Farrell’s, but we gave him a toy fire truck that I had found at a really good sale price between the two parties and he also had gifts from his grandparents to open. 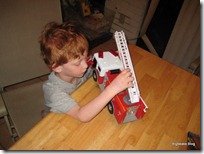 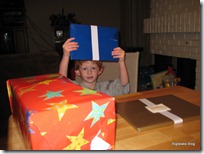 To Be Continued with Memories of Age 5.